Book Events- The Good, the Bad, the Awesome

Recently, a tweet from a debut author went viral when she expressed extreme disappointment that only two people went to a bookstore event for her novel. Many authors, debut and veterans, expressed solidarity. We’ve all been there and it sucks. It’s not limited to debut or relatively unknown authors. The first event I went to was for a young adult author that had published close to ten books, some of which won awards. There were six people at the bookstore to hear her speak. SIX. Two of which were my friend and me. When I contact a bookstore and ask them if I can do a signing there and they ask what kind of crowd can I draw I want to tell them that story and then tell them the truth: I’ll try my darndest to get people there but I can’t guarantee anything. NO ONE CAN! 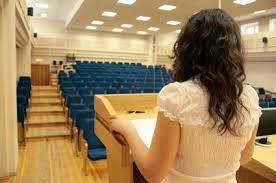 In light of that viral tweet and closing out a year where I was actually able to do some in person events, here’s some thoughts:

• I have a book in the world and can talk to people about it!
• Suzy from The Book Cellar
• Bob from the Barnes and Noble in Algonquin
• My fancy purple pen used for signing books.
• Family and friends that came to support me, some on more than one occasion.
• Meeting strangers and talking to them about my book.
• Seeing people I hadn’t seen in a LONG time who had come out to support me and my book (more on that later)

• Feeling like you letdown a bookstore because they ordered 24 copies of your books and you only sold seven. (I can still see the look on the seller’s face as she lugged the left over copies off the table)
• Reaching out to schools, GSA’s, colleagues, family, and friends and only having two people show up.
• Bookstores rejecting you because you don’t have a following.
• Not even receiving any response from a store when you ask if they would be willing to host an event.
• Feeling like everyone else knows how to do this but you don’t (not a fact but a real feeling)

Attendance at these things are sporadic and unpredictable. It can leave you feeling elated or defeated. But I’ve got some things lined up for 2023. Maybe I’ll see you there!

One thing you quickly learn when setting out to write a historical fiction novel: there’s a lot that you just don’t know. Google is great but doesn’t have every detail you need. And even if Google does have the answer, sifting through every website is laborious and time consuming. So, when I needed some information on the University of Wisconsin Madison, I first went to Google. Google led me to the University of Wisconsin Archives. Who knew such a thing existed! (Some people probably did, but I didn’t) The amount of information there was overwhelming and I had no idea how to navigate it. I needed some help. Well, there was a link to email the staff at the archives. Could I email them? Would they be willing to answer a question (or what turned out to be about ten questions)?

YES!! And they were excited to do so. They got me a map of the campus from the time period, an academic calendar for 1967-1968, an article that helped me understand the rules of the dorms. (Girls could be locked out if they stayed out past curfew). So much good stuff.

That was the attitude of the historians at the archives. They got to do research, dig up some facts, and share their love of history with some random person. This random person is forever grateful.

Here’s the building where the magic happens: 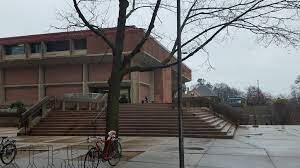 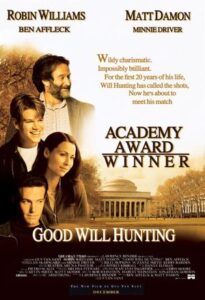 You probably know THE WAR ON ALL FRONTS is about two young adults in the late 1960’s named Anthony and Sam. But, you probably don’t know much else. Let me tell you about them: 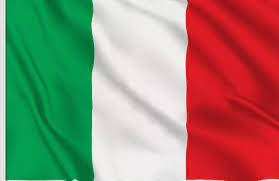 Has a younger sister, Maria
Played baseball in high school
A White Sox fan
Has worked as a mechanic for the past year
His dad is also a mechanic
Loves the Beach Boys 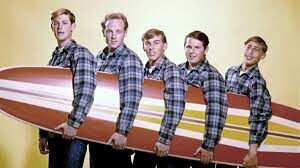 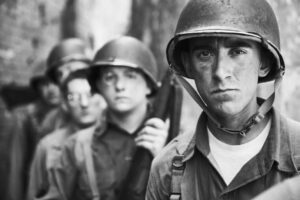 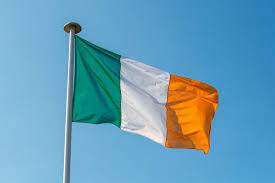 Has an older brother, Jimmy, in the Air Force
Was the manager for the basketball team in high school
Wants to become a history professor
Was obsessed with the United States presidents when he was younger
His dad is a successful salesman
His mom worked as a telephone operator before getting married
Loves rock and roll music 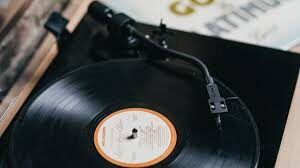 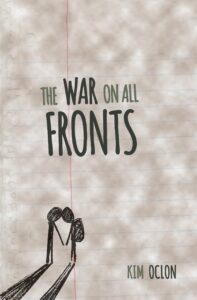 Authors like to geek out about their covers. Allow me to do so now:

• The army green: In the original version the words were all in black. The use of army green is awesome.
• The notebook paper with the confetti edges: Sam and Anthony can only communicate via letters while Anthony is fighting in the Vietnam War. It is such a big part of the story and I love it.
• The stick figures. The two boy stick figures. Their little stick heads bent toward one another, holding their little stick hands. One figure even has a flat top and a duffel bag. I almost cried when I first saw these guys. They’re perfect.
• The shadows. I have no idea what to make of the shadow of my two little stick guys but it adds something. I might have my English teacher hat on a bit too tightly here, but I imagine the shadow is cast because of a sunset. A day is ending with something new beginning and neither of the little stick guys know what’s in store. I know what’s in store, and I’m not going to lie little stick guys, it’s going to be rough.

Erica Weisz at Trism Books is an amazing illustrator and artist. She asked me what images and themes came to mind when I thought about the book and she took those phrases to come up with this incredible cover.

Please cross all your fingers and toes and hope that we can welcome this book into the world in a more traditional way come May 7th and you can see this book on a shelf in person.

I read every book assigned in high school because that’s just the type of student I was. They weren’t bad books, but I also didn’t think they were good. I didn’t really enjoy reading them. The worst was The Grapes of Wrath. It was so long and that poor family. Everything sucked for them at the beginning, in the middle, and in the end…it still sucked. At least they didn’t run over that little turtle getting out of town. And yes, I understood the symbolism of the turtle.

The novels were great if I needed to find an example of an alliteration or a metaphor but that’s not why I read a book. Interestingly enough, the first book I enjoyed reading in high school and made me think to myself: this is good, this is why we read books, is overflowing with amazing examples of imagery, characterization, symbolism, and all those other terms English teachers love. I had to read The Things They Carried for an independent novel project in a creative writing class. It wasn’t my first choice. It wasn’t any choice. I wanted to read What’s Eating Gilbert Grape or Girl, Interrupted. But, when your amazing creative writing teacher asks the class if anyone would volunteer to read the book few wanted to, you raise your hand.

I am not a Vietnam War historian, aficionado, or anything like that but I recognized I was reading something special. So special, that the book has stayed with me ever since that day and I can trace the inspiration for The War on All Fronts to reading The Things They Carried back in high school.

The lemon tree, the necklace of tongues, Norman Bowker in his car, Linda from little Timmy’s class, and all the things those soldiers carried literally and figuratively are still fresh after all these years. Looking back, Great Expectations wasn’t terrible. And I didn’t hate reading The Great Gatsby. But, those books didn’t stay with me. My books will probably never be part of a high school curriculum but that was never a goal anyway. To write a book that stays with someone years after reading it, that’s quite an accomplishment.